On this page you can read about my teaching experiences at five different colleges and universities. I have included links to PDFs of all my syllabuses from Kansas State (only the most recent iteration), and of my mid-level seminar at Grinnell College (2014).

I occasionally I write about how I integrate my research into my teaching, or how my assignments in the classroom have led me to reevaluate or expand my own research agenda. These posts appear below — I typically include links to free materials that I created for these topics (PDFs of discussion questions, reading guides, assignments). Comments, suggestions, tips, and feedback welcome!

STUDY ABROAD: “Spain Today: Madrid, Pamplona, Barcelona”
I created this annual program by working with the Instituto de Lengua y Cultura Españolas (ILCE) at the Universidad de Navarra, Pamplona, starting in 2018. Summer of 2019 was its first (very!) successful year. It is unique in offering our Spanish Majors a 700-level course in which they conduct research in Spain on a topic related to their professional goals; they present at K-State the following Fall semester. In 2019 we held “photo gallery” event, which was a really fun format: Spanish Majors and Minors Present Research from the Summer in Spain Program.

In Madrid for the first year of the “Spain Today: Madrid-Pamplona-Barcelona” program. See #KSUSummerSpain2019 on Instagram and Twitter for a daily re-cap. 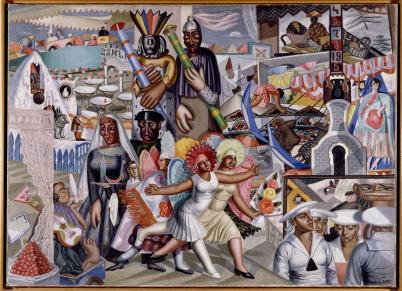