“I shall do as you request, and tell you everything about myself […] You may like me, but I am not alive.” –Hildegarte, played by Ivana Baquero in The Red Virgin

“I will do as you ask and tell you everything about myself. My name is Aurora Rodriguez and you will not like me. I killed my daughter…”  –Aurora, played by Maribel Verdú in The Red Virgin

In 1933, Aurora Rodriguez Carballeira murdered her 18-year old daughter Hildegart Rodriguez (1914-1933) in their Madrid residence. The senseless assassination sparked outrage and scandal within the intellectual community, as the young Hildegart had become a prominent public figure in Spain and a vocal advocate of modern sexual reform in Western Europe. Aurora had “created” Hildegart as a eugenic experiment, and she exerted extreme control over her daughter’s education and public persona. It is said that Hildegart could read and write by the age of 3; she could speak several languages by the time she was 6 years old; and she became a lawyer by the age of 17. Moreover, despite her youth, Hildegart communicated with some of the most well-known doctors, researchers, and intellectuals of her era, engaging with a variety of topics pertaining to sexual reform and human sexuality. Spain’s Dr. Gregorio Marañon, Britain’s Havelock Ellis, and the US’s Margaret Sanger were among the internationally respected figures with whom Hildegart corresponded.  The short film, The Red Virgin (dir. Sheila Pye, 2012), depicts the tragic, Frankensteinian tale of this ill-fated mother-daughter pair, imbuing the narrative with symbolic and suggestive imagery. 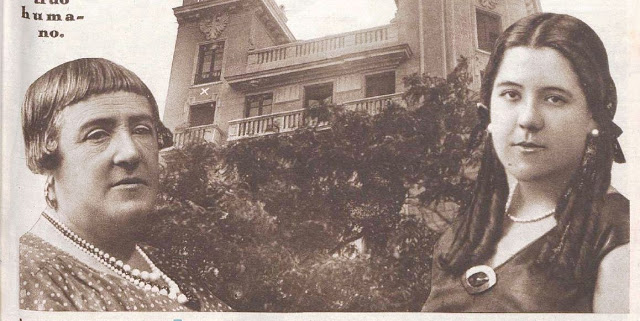 Last fall I wrote a short post about this film and the documentary-style Spanish podcast (from the Radio Nacional Española) that details the biography of the Aurora as well as the historical context of Hildegart’s life and death. The English title of the podcast is “Aurora Rodríguez y su hija Hildegarte: The assassination of the modern woman”. I planned to incorporate both The Red Virgin and the podcast into my literature seminar this semester and, now that I have done so, I wanted to share my teaching experience and my students’ projects. This will be the third in my series of posts detailing the materials, resources, and lesson plans I created for use in a 300-level Spanish literature seminar. At the end of this post are the necessary links and documents (Word files) for adapting this particular topic to a course-plan or lesson of your own.

Overall, my students reacted quite positively to both the film and podcast. They had a bit of difficulty with the podcast, which I had anticipated, but they were able to grasp the most important details with the guide I had provided. Even though a few may have struggled with comprehension, I definitely think it was a worthwhile exercise as it required them to listen to a rather fast-paced Spanish program that contained advanced grammar structures and academic vocabulary.  Regarding the film, one of the scenes that generated the most discussion was that in which Aurora (the mother) is dressed as a bullfighter (matador; torero), while Hildegart (her daughter) functions as a stand-in for the victimized bull. Several students discussed the symbolism of this scene in their final essays. 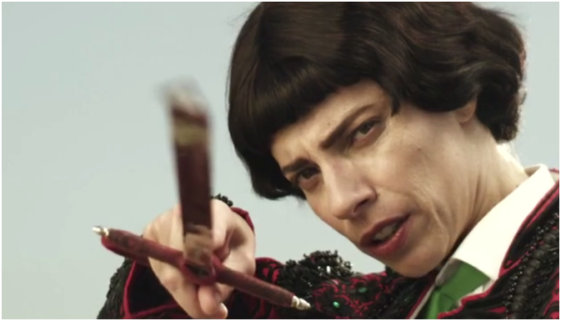 Aurora as the bullfighter (matador/torero) – The Red Virgin 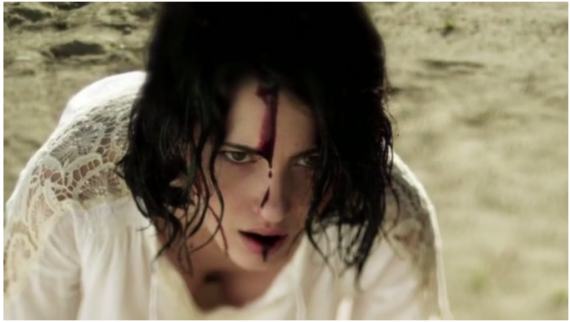 Hildegart as a bull (toro) – The Red Virgin

For the essay on this film, I required my class to first analyze the film’s presentation of either maternity/motherhood or female sexuality (2/3 of the paper), and to then provide their critical reaction or evaluation (1/3 of the paper). I made it clear that they should not merely discuss whether or not they liked/disliked the film, but that they should provide a thoughtful critical commentary.  I suggested they compare the message or themes within the film to those they observed in other texts from the course, or perhaps discuss the film’s success (or failure) in communicating a particular message. Below are a few of the titles of my students’ essays and – just as I did with my assignment on Carmen de Burgos’s La rampa – I required them to select an image to accompany their work:

“El poder de la madre en The Red Virgin“ [The Power of the Mother  / The Mother’s Power in The Red Virgin] – This paper proposes that the film represents motherhood as a role that affords women an enormous amount of power and influence over their children and, by extension, the future of their society and/or nation. The thesis is supported through analyses of the parallel scenes at the beginning and end of the film, the wardrobe, and carefully selected close-up shots. 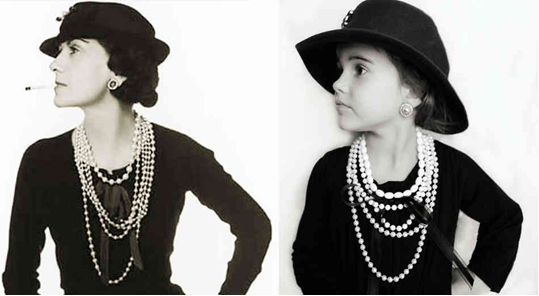 “La mancha de la maternidad” [The Stain of Motherhood/Maternity] – This essay discusses the absence of maternal love and devotion that characterized Aurora’s relationship with her daughter, Hildegart.  The paper proposes that the calculating, controlling, and cold nature of Aurora’s maternal philosophy essentially stains the idyllic image of motherhood that Spanish culture strove to maintain. The thesis is supported by noting the irony in the first scene titled “Amor” (a scene in which little maternal love is demonstrated), and by analyzing the changes in color and lighting in the parallel first and last scenes. 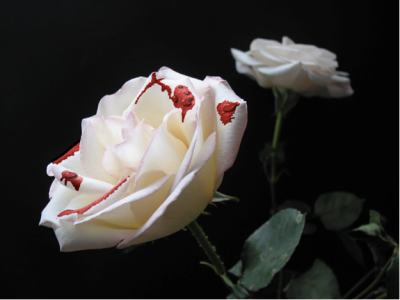 “La maternidad: Un analisis sobre la esclavitud [Motherhood/Maternity: An analysis of slavery] – This essay argues that Aurora’s controlling motherhood is presented first as the ownership of property, and later as an oppressive relationship that mirrors the master-slave dynamic. Upon examining this dynamic and the obsession with controlling one’s property, the paper suggests that such a mother-child power-play can lead to a specifically feminine (maternal) illness.

“La sexualidad femenina: no todo es blanco o negro” [Feminine Sexuality: Not Everything is Black or White] – This paper analyzes the ambiguous sexual undertones of the film in order to argue that Spanish society’s negative view of sexually active women contributes to a dangerous identity conflict that causes the repression of female sexuality. This enforced repression becomes dangerous for both individual women and for society in general. The essay discusses how The Red Virgin presents sexuality through interpretations of the symbolic colors of the wardrobe and analyses of the various shifts between close-, medium-, and long-shots.

“Su madre, su dueño” [Her Mother, Her Owner] – This essay focuses on the way in which motherhood has been historically valued as a virtuous service (“oficio santo”) to the family, community, and nation. It proposes, however, that The Red Virgin critiques the power dynamic and subsequent abuse of power that may result in mother-child relationships. The thesis is supported with analyses of the camera angles, the position of the characters within different scenes/shots, and the symbolism of the caged canary. 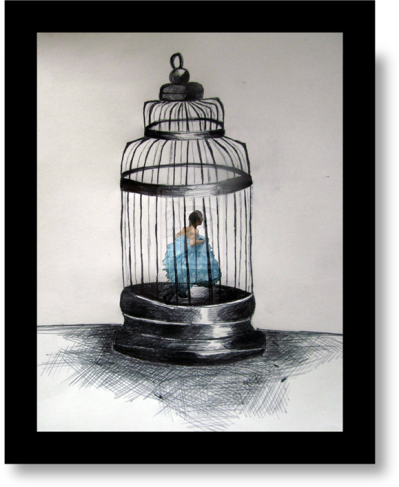 How have you incorporated free online materials into your classes? Have students reacted favorably to listening to a podcast or watching an online film rather than reading traditional articles or books? What open source, online resources have you found to be the most useful and user-friendly?

7 Responses to The Red Virgin: Motherhood and Power Dynamics